Brewing Brothers at the Imperial 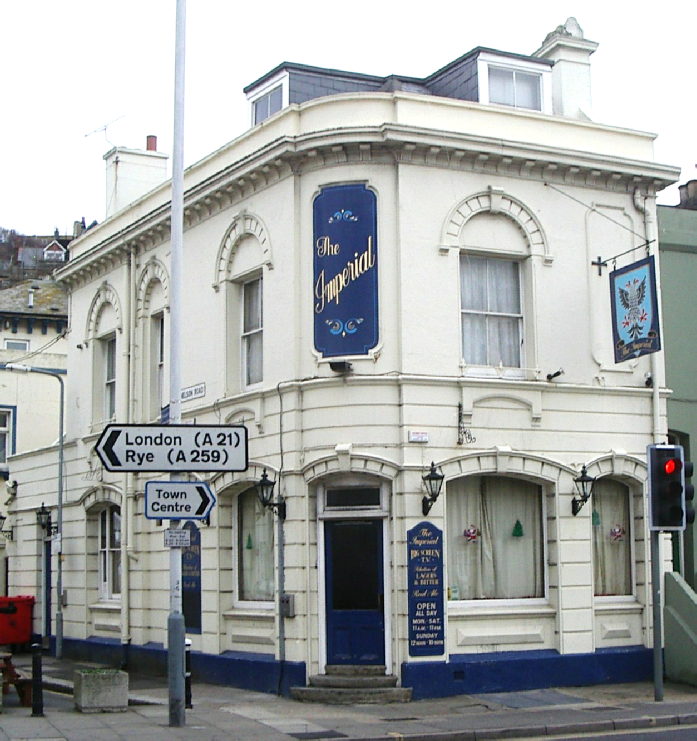 The Imperial on Queen’s Road was first granted a full licence in 1869. At that time this district, then the most northern part of Hastings, was still being developed and gradually spreading out from the town centre. The area was also partly industrial and the Imperial’s first customers included the employees of Hastings gasworks, then on the opposite side of Queen’s Road. Employment in the gasworks was laborious, hot and dirty work, leading many men into heavy drinking.

St Andrew’s Gardens first opened in 1864, five years before the Imperial was built in 1869 and 18 years before a more formal opening of the gardens as Alexandra Park in 1882. The Imperial was built on one of 78 plots of land put up for sale in the locality of Queen’s Road in the 1860s, and its first landlord was William Halloway. In its early years meetings were held in the pub by local residents to discuss the removal of the slaughter houses opposite, which were considered a great nuisance and annoyance to passers by and to invalids going to St Andrew’s Gardens. Cattle on the roads, offal boiling, pig keeping and slaughtering affected property values and Hastings Corporation was informed. The landlord realized the valuable source of income which came from visitors to the new park.  However, according to GD Coleman, ‘cattle and sheep were still being driven along Queen’s Road to the slaughterhouse in Waterworks Road’, as late as 1929.

The Imperial managed to stay open during the Second World War and kept the name Imperial for many years. In 2013, however, the Imperial closed, the name was changed to the ‘Forbidden Fruit’ and in 2014  it was reinvented as a gay bar. A new sign, a picture of an apple, was designed and installed but unfortunately the Forbidden Fruit lasted only a short time before closing down in 2015. The landlord said: “Today comes with great sadness as I announce the closure of The Forbidden Fruit. The people that own the building want to sell it. The increasing stress from Hastings Borough Council about noise issues is a constant worry, but most of all there just isn't enough support to  stay open. In my opinion the Forbidden Fruit was one of the best pubs in Hastings but it isn't possible to continue.” 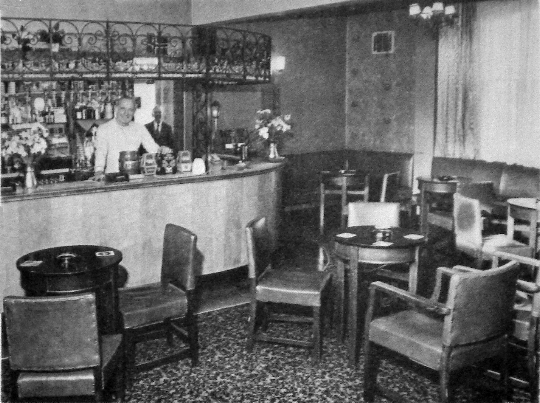 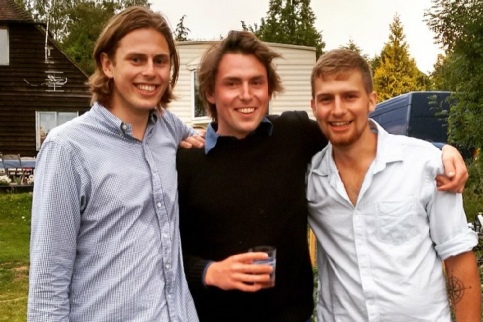 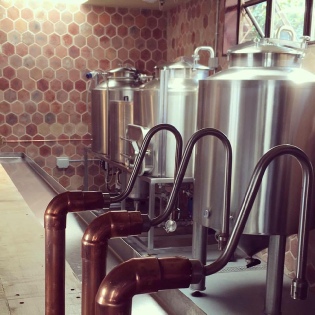 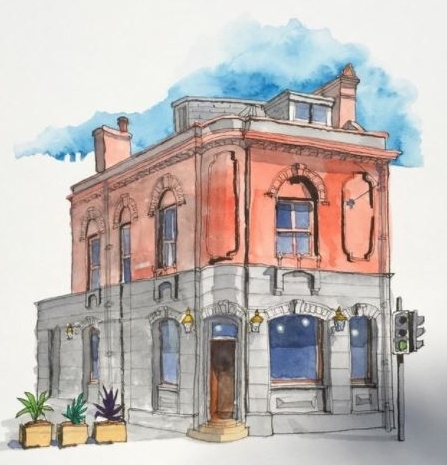 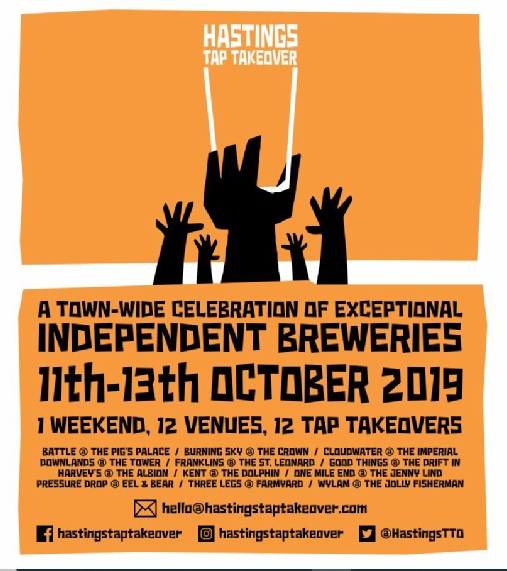 Another annual event, also from 2019, is the Hastings Tap Takeover. A celebration of Hastings pubs, bars and bottle shops showcasing a range of beers. This includes the Drift In Cafe Bar next door to the Fountain on Queens Road and 11 other Hastings pubs and bars.

In heraldry the double-headed eagle is an historic symbol associated with the concept of Empire. Most modern uses of the symbol are directly or indirectly associated with its use by the Roman Empire, whose use of it represented the Empire's dominion over the Near East and the West. However, the symbol of the double-headed eagle is much older and  has long been a symbol of power and dominion. It appears to have its ultimate origin in the Ancient Near East. However, it re-appeared during the Middle Ages, from circa the 10th century, and was notably used by the Roman Empire, but 11th or 12th century representations have also been found originating from Spain, France and Serbia. From the 13th century onward, it became even more widespread, and was used by the Islamic world, by the Roman Empire and by Serbia and Russia. 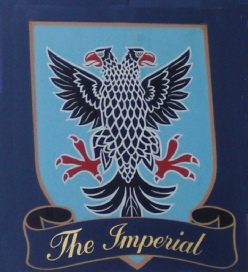 The original sign of the Imperial shows an eagle with two heads, a well-known historic symbol representing the power of the ancient Greek city-states. According to Greek mythology the double-headed eagle is found in the story of Zeus who once released two eagles to fly around the world in both directions: one east, one west. They eventually met in Delphi thus proving that city to be the centre of the world. Zeus is the sky and thunder god in ancient Greek religion, who ruled as king of the gods on Mount Olympus from 900 BC. He was the most powerful of the gods and among other things had the power to throw bolts of lightening at his enemies. His eagles were trained to retrieve them. 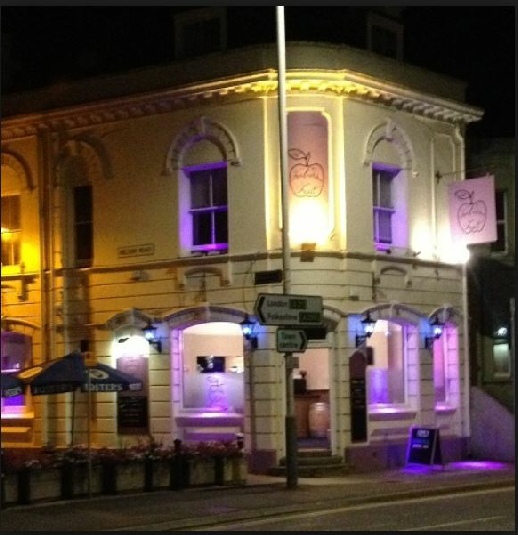 In 2019 artwork was commissioned for the space above the main doorway on the pub corner. It was organized by the Coastal Currents Arts Festival and is a portrait of the botanical artist Marianne North, who was born in Hastings in 1830, and was the daughter of Frederick North several times Liberal Member of Parliament for the town in the mid-19th century. The Coastal Currents Arts Festival is an annual celebration of arts and culture across the 1066 region which takes place throughout the month of September. It features a huge programme of submitted events and Open Studios throughout the region, funded by the Arts Council, Hastings Borough Council and East Sussex County Council. Apart from the fact that Hastings is Marianne North’s place of birth, the reason why the Imperial was chosen as a site for her portrait is unknown. It has been suggested however, that the proximity of Alexandra Park could be a reason. The park contains many rare and unusual plants and shrubs which may have influenced  Marianne North. 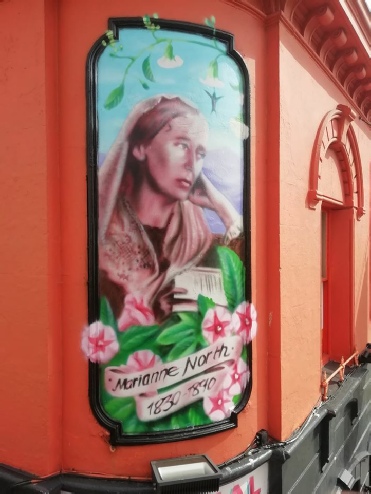 Today the pub is situated opposite Morrison’s supermarket, once the site of St Andrew’s church, where a century ago Robert Tressell, the socialist author, decorated the chancel. It has been claimed that in the early 1900s he also decorated the saloon bar of the Imperial which at one time had a display of local historic photographs, including pictures of the Tressell mural in St Andrew’s church, now restored in Hastings Museum. If correct this makes the Imperial the fourth Hastings pub to be associated with the famous author. The other three being the Cricketers, the Clarence and the Nags Head in St Leonards. 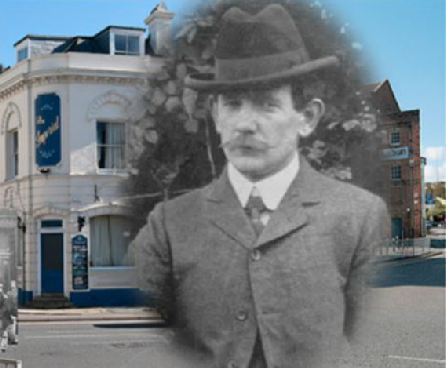 Tressell Pandorama,
a photo montage of Robert Tressell and the Imperial  IMBT 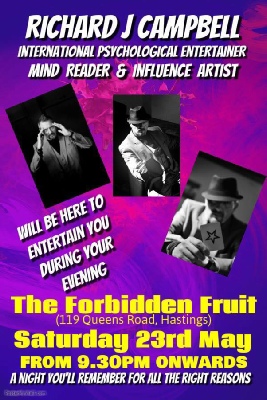 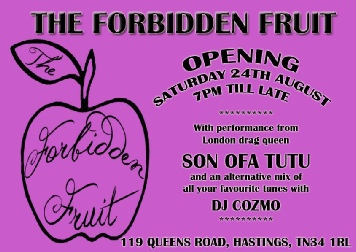 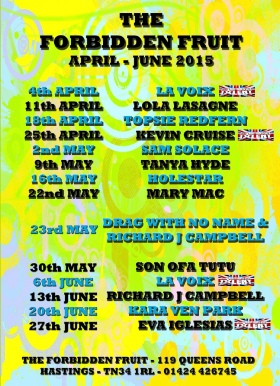 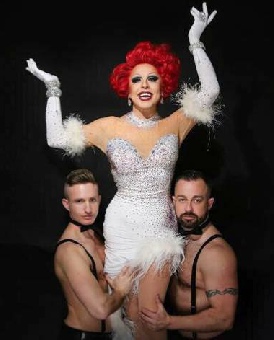