In 1893 an entrance was opened up in Havelock Road, leading down to the original wine vaults, being used as a second bar and billiard room. The licensee at the time was Frederick O’Hara Hoar, who had been an architect in London and a gold miner in Colorado where he became wealthy developing a ‘machine for washing gold ore’. He then spent a few years in South Africa buying up gold claims before moving into the Bodega. O’Hara Hoar and his business partner a Mrs Clifford borrowed £1,000 from the brewers and among other things installed a Battle Shoot as a commercial enterprise. They overspent and became bankrupt with debts of £3,385.

The Battle Shoot was probably a shooting activity using small air rifles, popular  at  that  time  in  pubs  in  the  Midlands—an ideal activity for the Bodega cellar. The target was possibly a bell target, ‘a metal clock shaped device, with a small aperture in the centre, surrounded by rings. The scoring surface was coated with non-drying paint. A bull through the centre scored five points and rang a bell. Shots slightly off target scored 4, 3, 2 or 1, depending on whichever ring they hit. Once shooters had finished their six shots, their score was totted up and the surfaces were quickly recovered with more paint.’

In later years a local shopkeeper recalled that in the final years of the 19th century this saloon was the ‘best known rendezvous in Robertson Street. Here would gather in the forenoon the leading business and professional men and some town councillors, over a morning glass of wine or ale.’ An advert from that time describes the premises as a ‘celebrated house for old whiskies, vintage ports and champagnes’.

For at least 60 years from 1902, the Bodega maintained a reputation for quality, and other establishments in Hastings measured themselves against its high standards. Bodega wines were considered quality products and regarded as the best that Hastings had to offer.

This reputation continued throughout the Second World War. If you got caught in the town centre when the bombers came, what better than to take a glass in the Bodega. During one air raid in 1944, a middle class woman and her 16-year-old daughter took shelter in the Bodega, where they were observed by a policeman drinking port and lime. The mother was cautioned for allowing her underage daughter to take alcohol but explained that it could have been her last drink and her daughter’s only drink. She was let off with a warning.

The Bat and Bee has been licensed for many years, although not from when it was first opened in 1858. It was first licensed in 1868 after the cellar, a series of caves, had been enlarged into a wine vault. The first landlord was Charles West, formerly of the Anchor, George Street, ‘for the store adjacent to the Music Hall’.

The Bat and Bee has had several names over the years but was first known as West’s Cellars. Its first licence was granted on condition that the bar ‘would be used as a refreshment room, rather than an ordinary inn and not on Sundays’. The licence was opposed by the Havelock which no doubt feared the competition.

Sometime in the 1980s it was renamed the Electric Grape and in 1990 it became the Street. Roger Carey organised successful jazz nights here until 1994, with popular musicians such as John Etheridge, Mornington Lockett and Claire Hamil. “Everybody expressed great enthusiasm for the club”, he recalls and “many were introduced to jazz for the first time”. 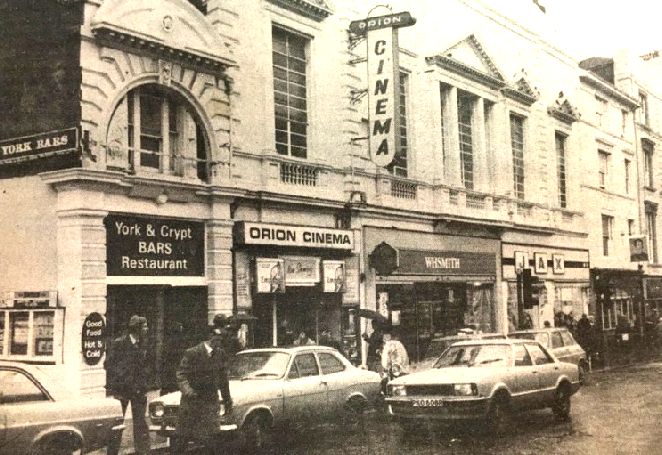 Twenty years later the Bodega still maintained its ‘cultivated atmosphere’. Peter Skinner, a customer in the early 1960s, remembers the house from that time. “We went there quite a lot”, he says. “It was a very civilized place. Local solicitors drank there, sherry and things like that”. 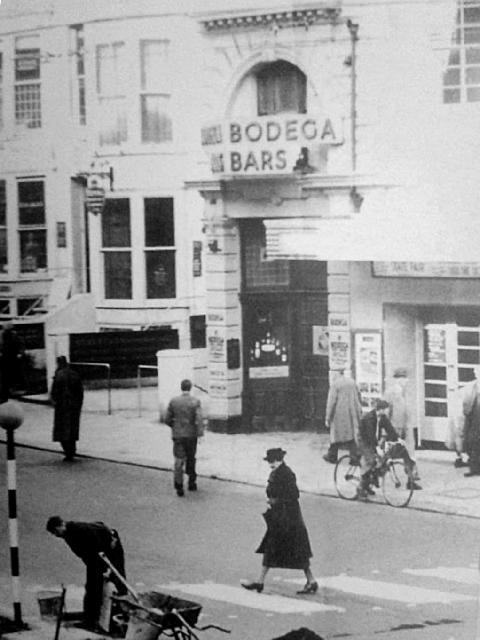 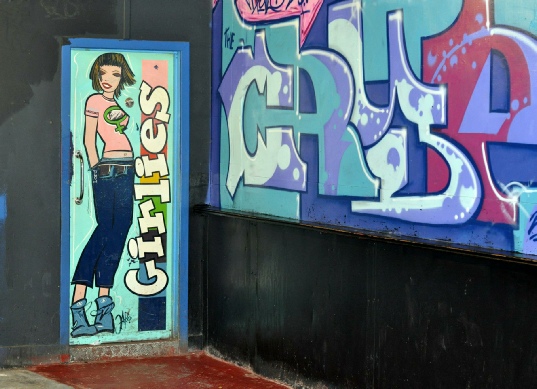 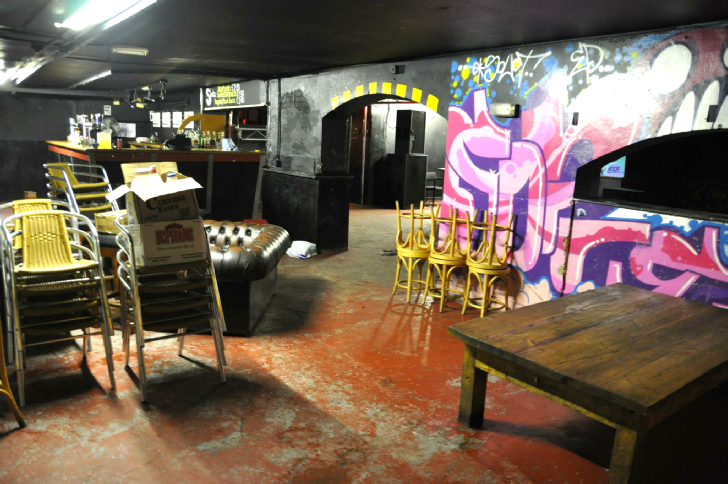 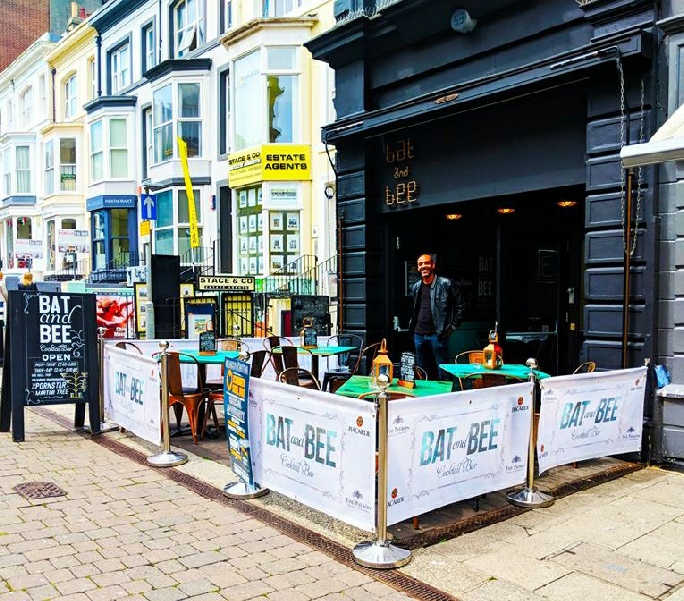 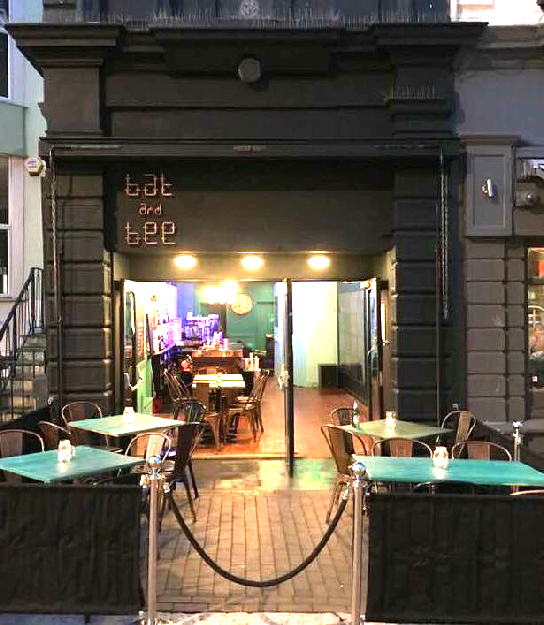 It then became Forte’s Wine and Spirit Merchants and in 1968 the York Bars, when the second entrance in Havelock Road was reopened. The cellar, underneath the York Bar, was extended in 1970 to become the Crypt, one of the most iconic music venues in Hastings. Now it was famous as the York and Crypt Bars. 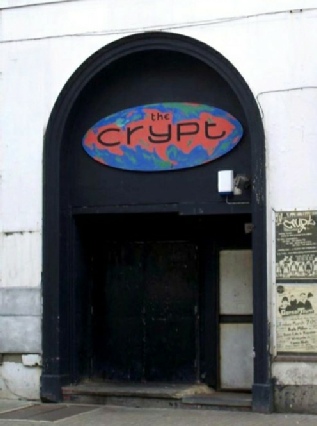 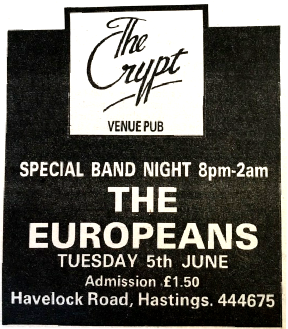 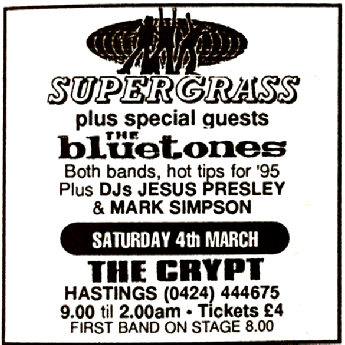 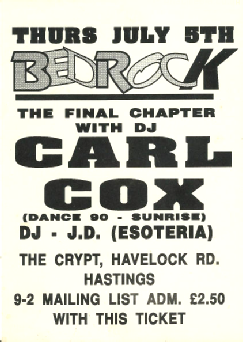 In 2018 the name changed from Virtue to the Bat and Bee — its fourteenth name in 160 years! 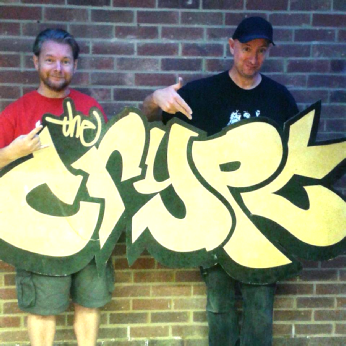