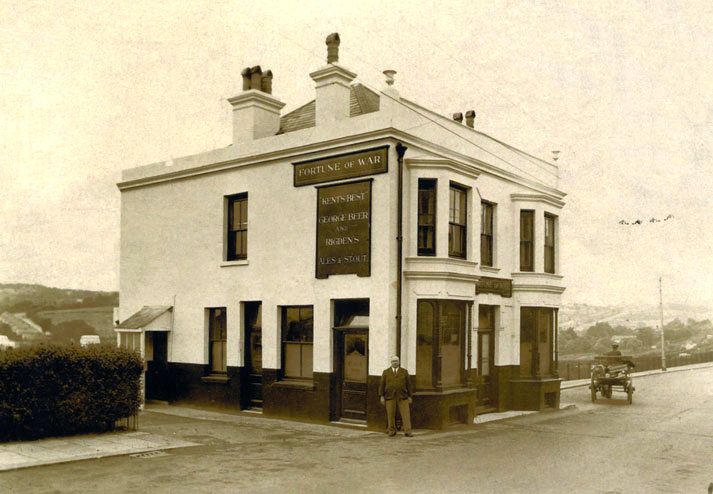 In 1795 the government purchased 30 acres of land at Halton to build barracks for housing troops to be deployed defending the south-east in respect of a possible invasion by Napoleon Bonaparte.  The  wars lasted from 1799 to 1815 and Halton Barracks was occupied by 1804. At that time this part of Priory Road was known as Barracks Road.

During this period the Fortune of War was built by the first landlord Thomas Sinnock to serve the artillery, infantry and cavalry, and to provide military headquarters and accommodation for commissioned officers. After soldiers and smugglers came the railway navvies. The latter arrived in the 1850s to find work digging out the Ore tunnel, and laying the track for the line into Ashford. The navvies were a law unto themselves and lived a hard and rough life. Many lived in tents and huts alongside the line and were heavy drinkers.

Halton has always been a poor district and in 1885 the pub was the location of a coroner’s inquest into a sad case of suicide by drowning of a fish hawker, who lived around the corner, and who had apparently been charged with cruelty to a horse. The evening before he died, the landlord of the Mount Pleasant Inn gave him a free pint. He was so poor he couldn’t pay for it.

He simply left two sad letters. One was to a carman:

Dear Sir, Please pay my wife the sum of ten shillings for a half hundredweight of wheel grease delivered this day. If you want any harness oil there is 2 or 3 gallons. I have instructed my wife to sell it to you for 4s per gallon. If you pay it you will do my family justice. Adieu

And the second letter to his wife:

Madam, Please do the best you can as I have made up my mind to finish with this world at once. Take my little cart and keep it or sell it. Send to Mr Godden for 10s for the grease and if he wants any harness oil sell him the lot for 3s 6d a gallon. I am very sorry I can do no more. I have left my knife and glasses at the Duke of Cornwall, Winding Street, if you want them. They might be of use to you.

In the 1890s the Fortune of War was a ‘Tory house’ and several Conservative Smoking Concerts were held here around the turn of the century. It was here that the Conservatives organised the voting register of local working men. This part of Hastings, St Clement’s Ward, was, in 1903, a marginal ward held by the Liberals, with a majority of only nine votes. The Liberals meanwhile held their meetings at the nearby Hope, a ‘radical house’, and often it seems both pubs held meetings on the same night. The Liberals offered ‘radical beef pudding suppers’, selections by the Cinque Ports Mandolin Band and discussions on Free Trade, an issue which the Conservatives saw as a cause of unemployment and the decline of British agriculture.

In 1915 the landlord of the Hope was charged with allowing a woman to get drunk. When asked by the magistrate if she was sober he said: “She was more sober than usual for Halton”. “What do you mean?” asked the magistrate, “are the people of Halton not generally sober?” The landlord replied: “They all like a drop at times”. 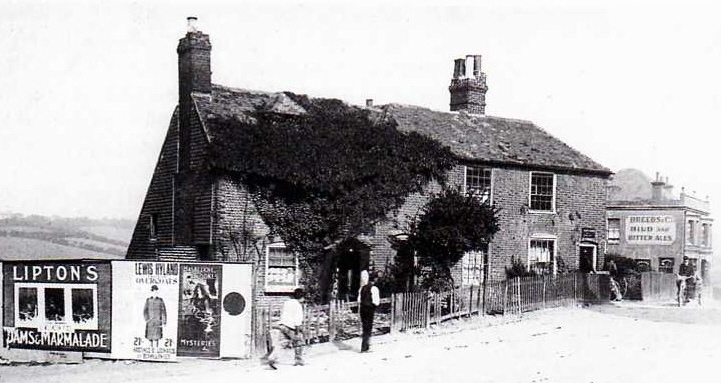 The Fortune of War closed for a period in the First World War, under the restrictions of the Defence of the Realm Act, when the chief constable reported that the pub had given the Hastings police a lot of trouble and that it was frequented by large numbers of women. This was quite unusual, as most pubs at that time would not serve women on their own. However, many of its male customers had been called up into the army. 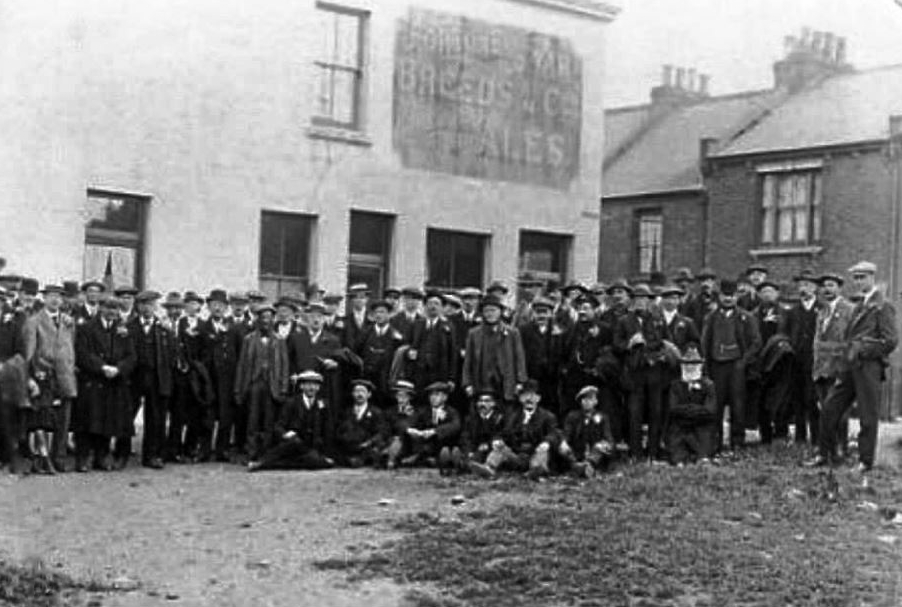 From 1929 to 1950 the landlord was John (Clifford) Errey. His son Michael (born 1932) said: “I was born and brought up in the Fortune of War. My father was landlord and I have very clear memories of the pub. The ‘Fortune’ was tied to the George Beer and Rigden Brewery of Faversham, Kent and in the early 1930s they used to deliver the beer in a steam driven Foden lorry and on delivery days I used to watch out for the puffs of steam as the lorry made its way up the hill. I was then able to warn my father that the beer was about to arrive.

“The Fortune of War was originally part of a military complex, and at the time when England was under threat of attack by Napoleon the pub was used as a sort of officer’s mess. The ‘other ranks’ would have had to use another public house in a back street, probably the Dun Horse if it existed then.

“The Fortune of War was a big pub. It was the biggest pub in Halton anyway. It had five separate bars, a kitchen and a living room on the ground floor and a large cellar. One of the bigger bars was next to our living room. The bar and the living room were separated by a sliding door in sections so that we could extend the bar into our living room if it got crowded.

“When the bombers came during the war we used to take shelter in the cellar. During one heavy raid we all went down as usual. We had a piano in the bar and I remember when we came up it was missing. Although the pub itself wasn’t hit reverberations from a nearby bomb blast had lifted the piano and hurled it from the bar into the living room. All through the war I used to look out of my bedroom window at night and I could see the bright red sky all lit up over burning London. We had a road sign attached to the pub which said ‘London 61 Miles’. If I couldn’t see the bright red London sky I felt quite deprived.

“When it was all over I remember the celebrations. One night there were so many people in the pub, it was so packed and with everybody dancing and singing my father thought that maybe the floor above the cellar might be in danger of collapse. We were lucky it never gave way!

“Outside, the Fortune of War was unusual in that it stuck out into the roadway reducing the width of the road by at least a third at that point. I’ve since heard that this might have been a reason why it was eventually pulled down.” 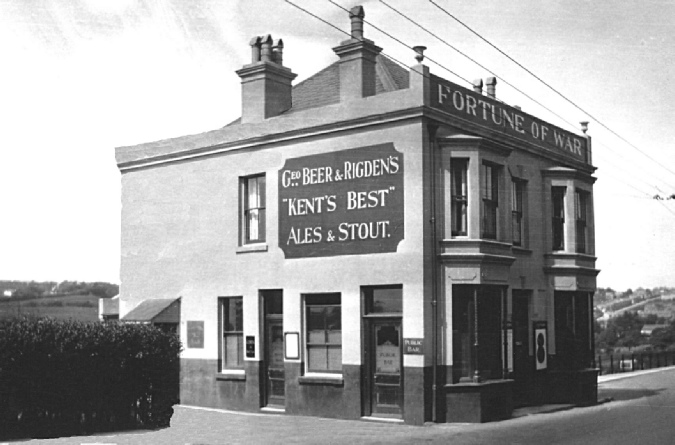 By the 1950s gardening had become a devoted pastime and over the years many customers had a plot on the nearby allotments. In 1953 landlord Joseph Hardman was inspired to organise a pub ‘Harvest Home’ or ‘Thanksgiving’. He got the idea from customers bringing garden produce into the bar when they called in for a pint on their way home. He saw it as an old English celebration which included singing and eating at the close of harvest. Pub ‘Harvest Suppers’ continued throughout the 1950s.

In 1963 Fremlin’s Brewery attempted to transfer the licence to another site on the Halton re-development scheme. The Fortune of War survived for another year before it was closed in 1964. In 1968 the Hastings Housing Committee purchased the site for £7,250 from Fremlins but the magistrates were impatient and wanted ‘this terrible building out of the way’. It was finally demolished in 1970 and the licence was transferred to the New Broom, on the Broomsgrove Estate. The New Broom later became the Malvern Tavern, now also closed. 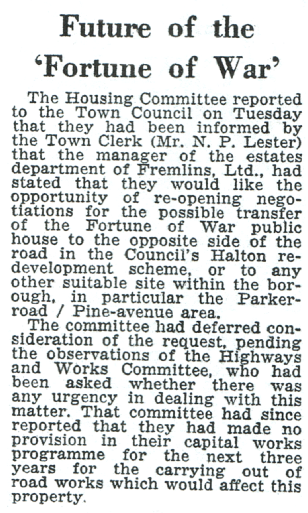 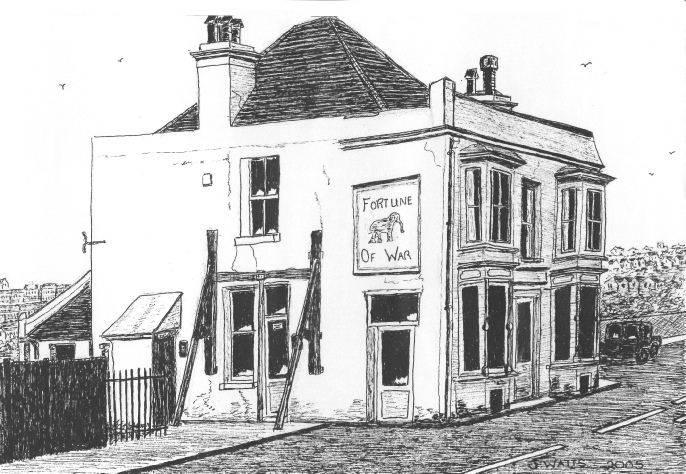 “We want this terrible building out of the way”, drawing by J Watts 2005

In 2016, half a century after the demolition of the pub, the site was redeveloped as a community Pocket Park with new shrubs, outdoor seating and an information board recording its history. Thus, it is ensured that the old Fortune of War will be remembered for a few more years to come. 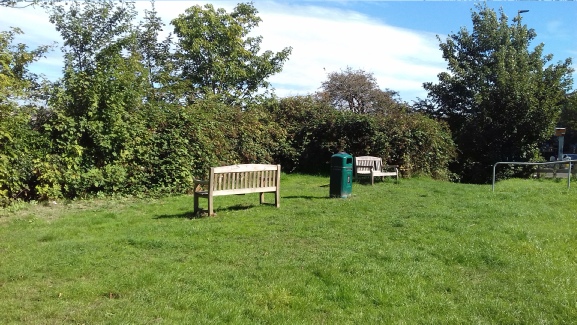 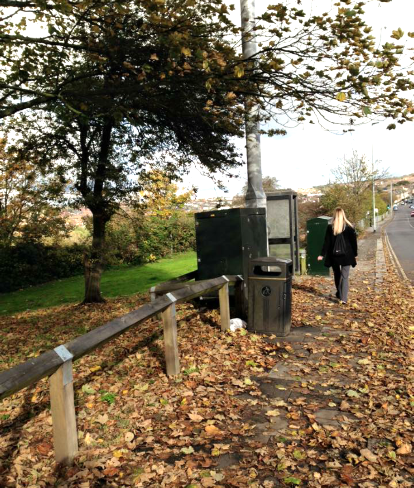